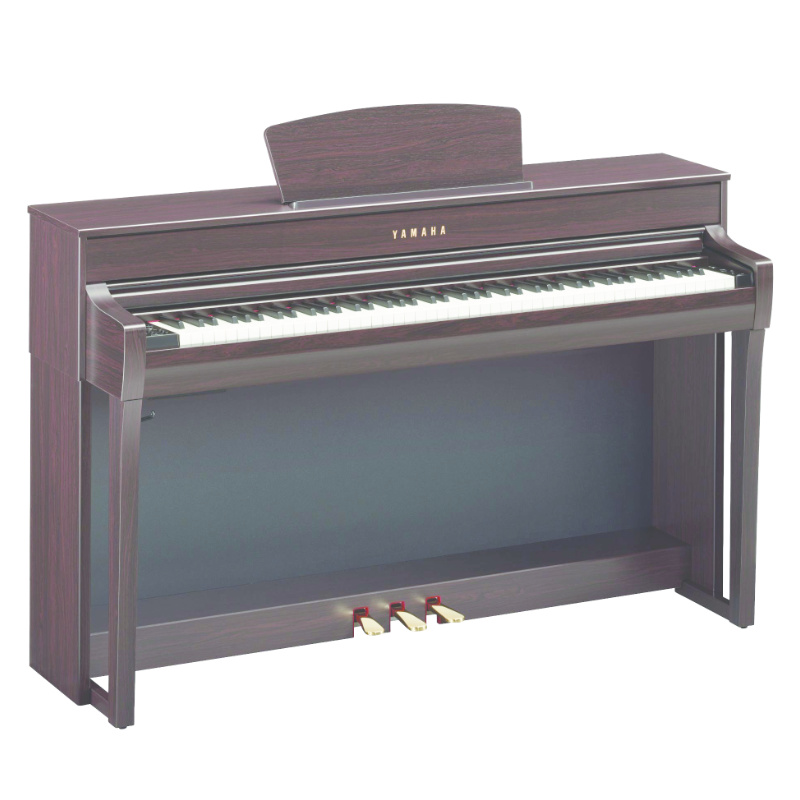 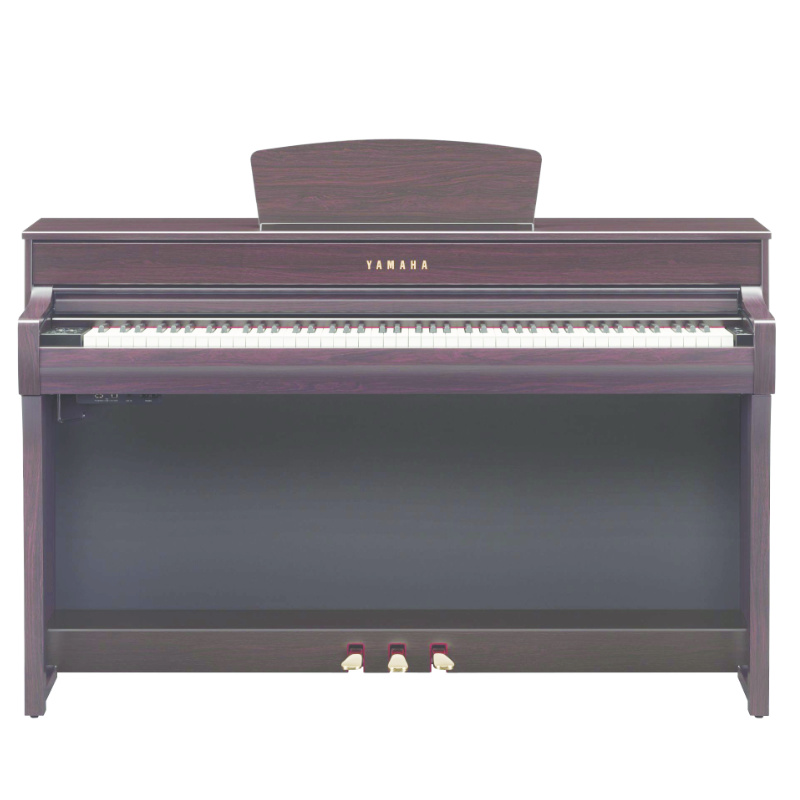 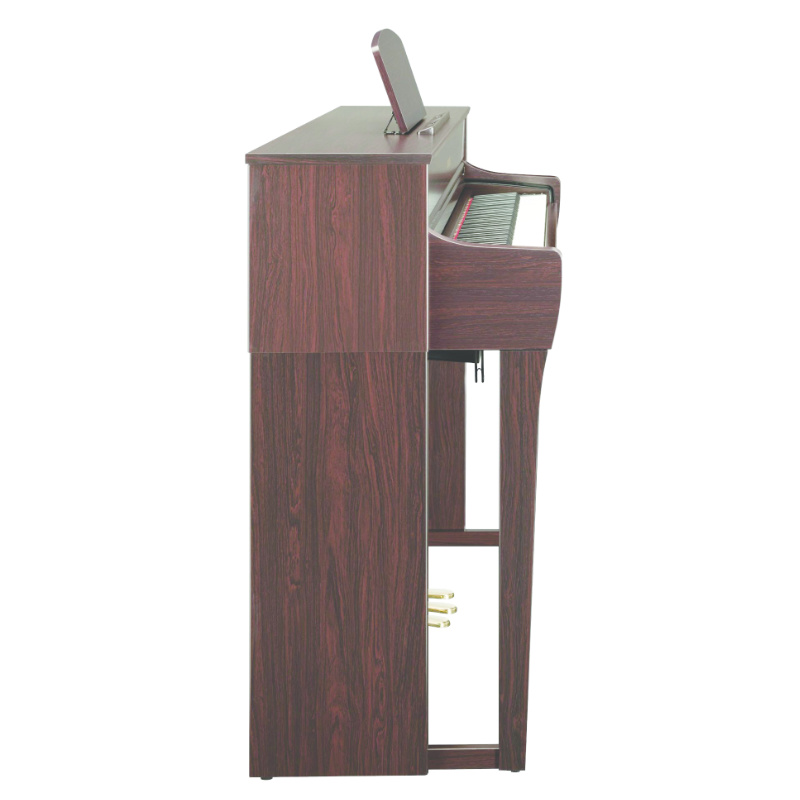 Yamaha’s latest keyboard action features a broad dynamic range and faithful response to every nuance of touch that puts a wide expanse of tone—from delicate to bold—at the pianist’s fingertips. The highly consistent grand piano hammers replicate the pleasing response felt when the hammers strike the strings, enabling precise control of the tone.

Highly absorbent synthetic-ivory white keys and synthetic-ebony black keys prevent slipping even during extended play and feel just like those of a grand piano.

The escapement mechanism in a grand piano moves the hammers away from the strings quickly after they strike them, in order to prevent any interference with string vibration. This mechanism produces a slight clicking sensation when the keys are pressed gently.

The Clavinova keyboards feature an escapement mechanism that reproduces this sensation near the bottom of the key dip. They have been designed in such a way that the click is discernible only on the lightest keystrokes, similar to the keyboard of a grand piano. These keyboards have been adjusted to provide additional friction that balances key repetition and response without impeding performance.

The interaction and interplay of the hammers, dampers, and strings inside a grand piano respond to the subtlest nuances of the pianist’s touch, creating a limitless range of tonal expression. Touch refers to the pianist’s control, not only of intensity (softness/loudness) in playing and releasing the keys, but also of the speed and depth with which the keys are pressed. The Grand Expression Modeling introduced in the CLP-700 Series translates the widely varied input from the pianist’s fingers into the same limitless tonal variation of a grand piano.

This makes it possible to vary the output by playing the keys to different depths and with different speeds, even when using techniques such as trills or legato or emphasizing the melody over the accompaniment. Grand Expression Modeling excels at faithfully reproducing the output expected of these techniques in many well-known songs. In Debussy’s “Clair de Lune,” a loose touch creates the faint tone that makes the melody stand out more crisply. In Liszt’s “Un Sospiro,” the accompanying arpeggios accent the melody without overwhelming it, and varied expression of the melody gives it the same quality as vocals. In the last of the Chopin nocturnes, trills, legato, and other delicate techniques where fingers seem to float over the keys deliver the airy, smooth tonal expression required. Playing such pieces on a highly expressive piano helps the pianist learn various techniques and experience the same joy of expression as a painter, but through sound.

Clavinova grand piano sounds are recorded from several world-renowned concert grand pianos. One of them is the CFX, Yamaha’s top-flight concert grand piano. Pianists around the world are enamored with the impressive, dazzling, richly expressive sound of the CFX in concert halls. Another sampled concert grand is the Imperial, the flagship model of Bösendorfer, a time-honored Viennese piano brand with an ardent following. The Imperial is known for its abundance of color and natural, warm feeling. Yamaha faithfully reproduces the idiosyncrasies of these concert grand pianos by carefully recording the entire tonal range of each of the 88 keys, making minute adjustments to capture the most harmonious tones each piano has to offer.

Want More Info?  Get it from Yamaha Here.