Home The Band (About Us)

The Band (About Us)

Tony's Music Box Ltd. is a family owned and operated retail music store established in 1975.  We've been around nearly as long as some of the most established names in Canadian music retail:

Tony's has earned the reputation for providing a friendly environment and a staff that is honest, knowledgeable, and, let's face it, more than a little bit crazy. The culture could be classified as many things, but 'corporate' is not one of them.  We pride ourselves on our premium customer service. We represent a variety of quality product lines for many instrument and audio categories including a large selection of instructional and songbook material. We provide rentals and in-store repairs for guitars and other stringed instruments.

Tony George opened Tony's Music Box Ltd. in 1975, along side his wife Rosemarie (pictured below). They worked as a team until illness forced Rosemarie to step away in 1998.  Tony stepped away in the mid 2000's leaving his son, Michael, to carry on serving the music community along with a group of misfits who offer a shopping experience that is uniquely Tony's.

Tony, the founder and patriarch of the business passed away in July 2022.  He loved the business, the community, and the opportunity to interact with customers and suppliers alike. 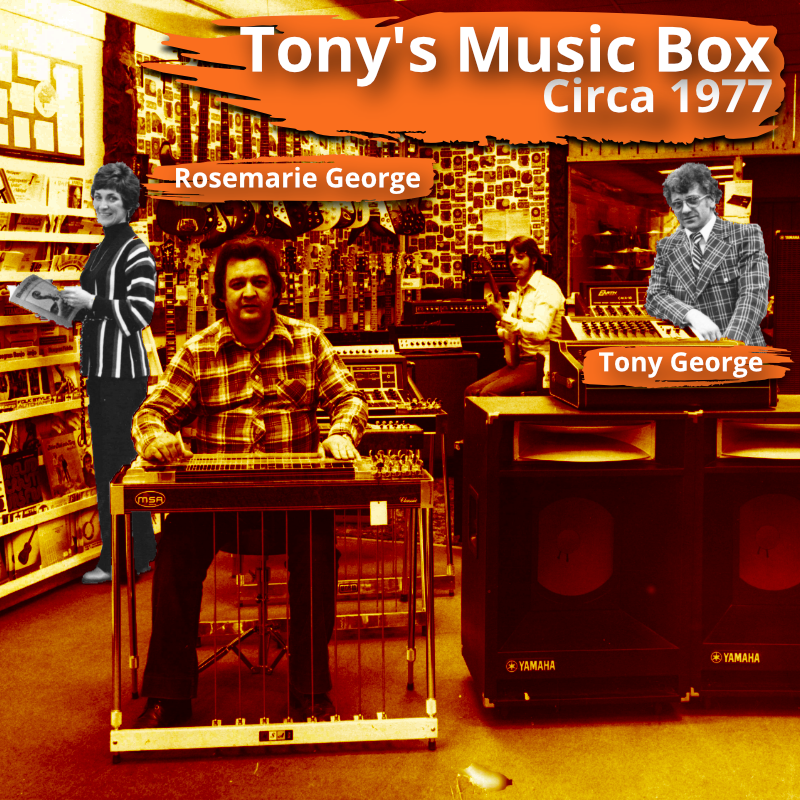 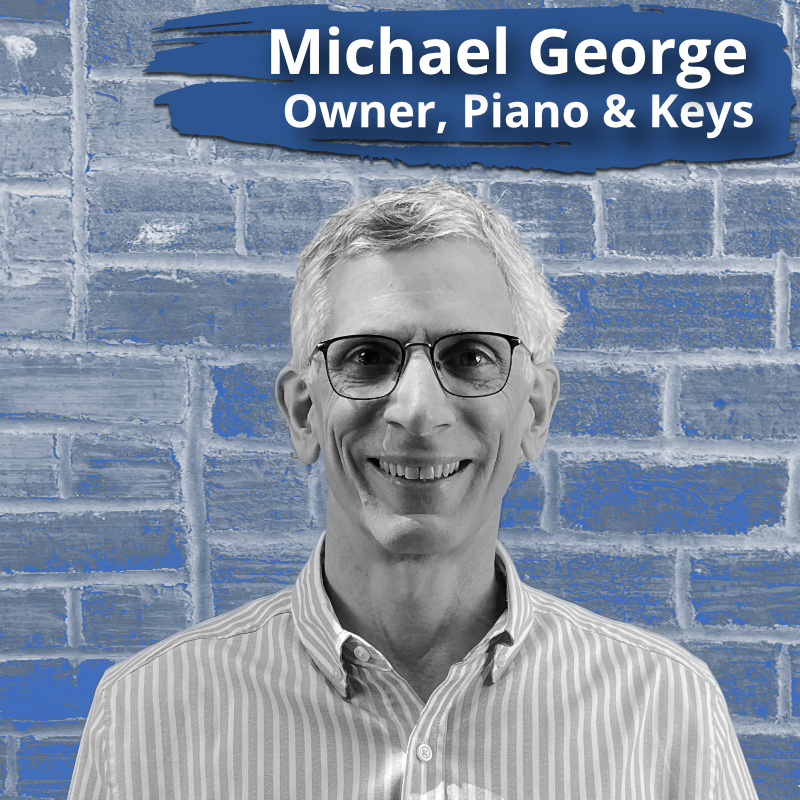 I began my career at Tony's shortly after my dad opened the store (1975) on a part time basis during my education. As my dad had stepped down in the late nineties, I had taken over management position. I also specialize in the Piano and Keyboard departments. Like my dad, I also love going to work, dealing with the public and suppliers alike. I thrive on running an honest business and seeing the lives of many from all ages being enriched because they are involved in music.

My music experiences consist of performing in a pop band in the late eighties, then formed my own jazz band in the mid nineties and since the late nineties to the present, I have been playing contemporary Christian music with my local church worship band. I have also practised casual song writing. 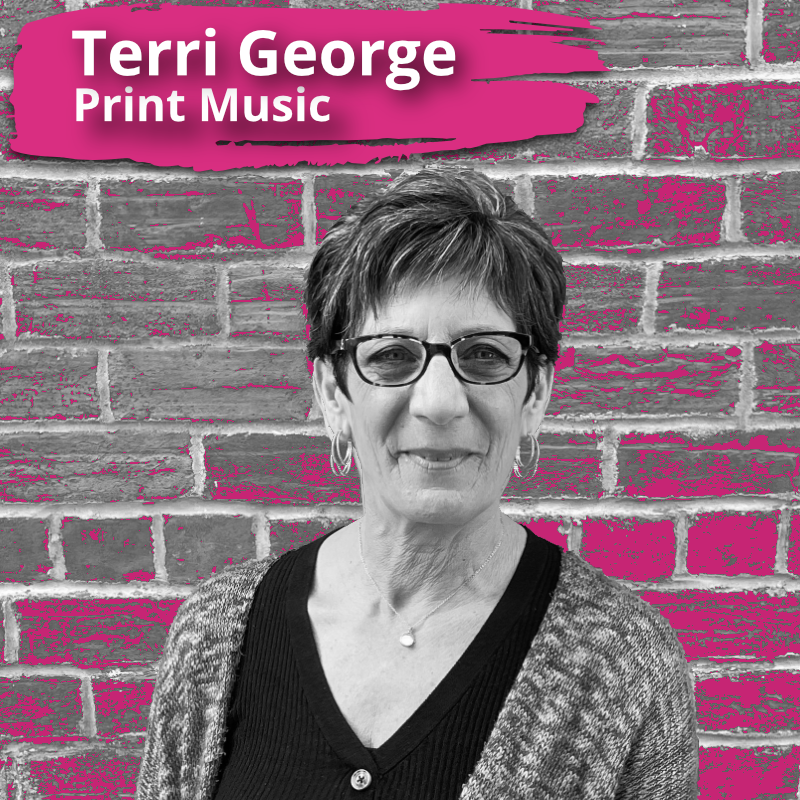 I began working at Tony's Music Box with my dad in 1987, coincidentally when I became a mother. I have been working alongside my brother Michael now for many years, and I currently manage our Print Music Department. I am also responsible for Accounts Receivable. I look forward to helping customers find the music they're looking for! 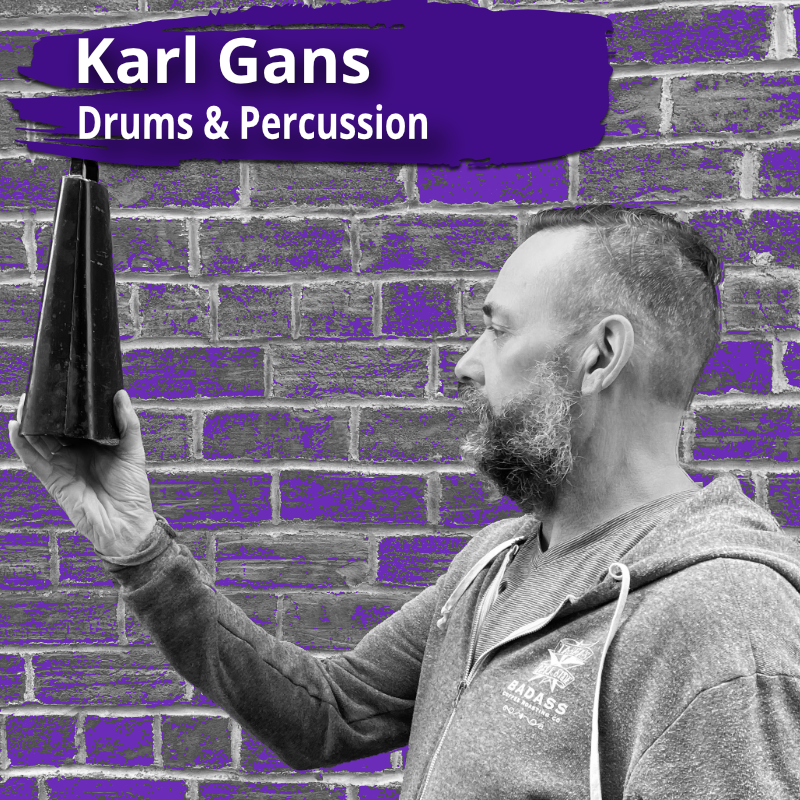 I began my employment with Tony's in 1989. I've worked in several capacities, from sales and rentals to renovations, grounds keeping, flood mitigation and disaster clean up. I co-manage our Drum department. I've been playing the drums since 1978 and maintain a long standing teaching practice. I've been a professional musician since 1980 and have played in a large number of bands in a wide variety of styles. I've been a session musician in various studios playing on many projects.

I've had the drum throne with The Ross Neilsen Band since 2006 completing twelve two month and then some national tours and am now preparing for the thirteenth. Anyone know a bass player? I am a fourth level zombie whisperer. Besides playing the drums I enjoy dabbling with electronic music, percussion, and synthesis, designing and building experimental musical instruments and playing the Chapman Stick. I have designed a stand dedicated to the Chapman Stick available at Stick Enterprises. 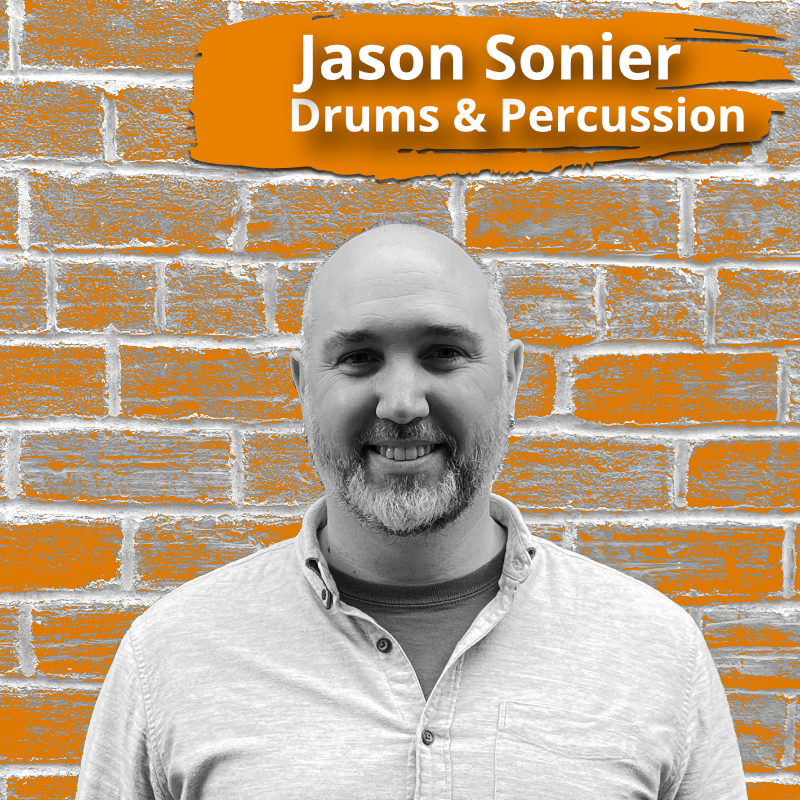 I'm originally from Miramichi, New Brunswick. I moved to Fredericton in 2005 to do a 2 year program in Audio Engineering at the Centre for Arts & Technology and have loved it here ever since. I've been playing drums since 1991, when I was 12 years old. I've always loved music and enjoy meeting new people everyday. 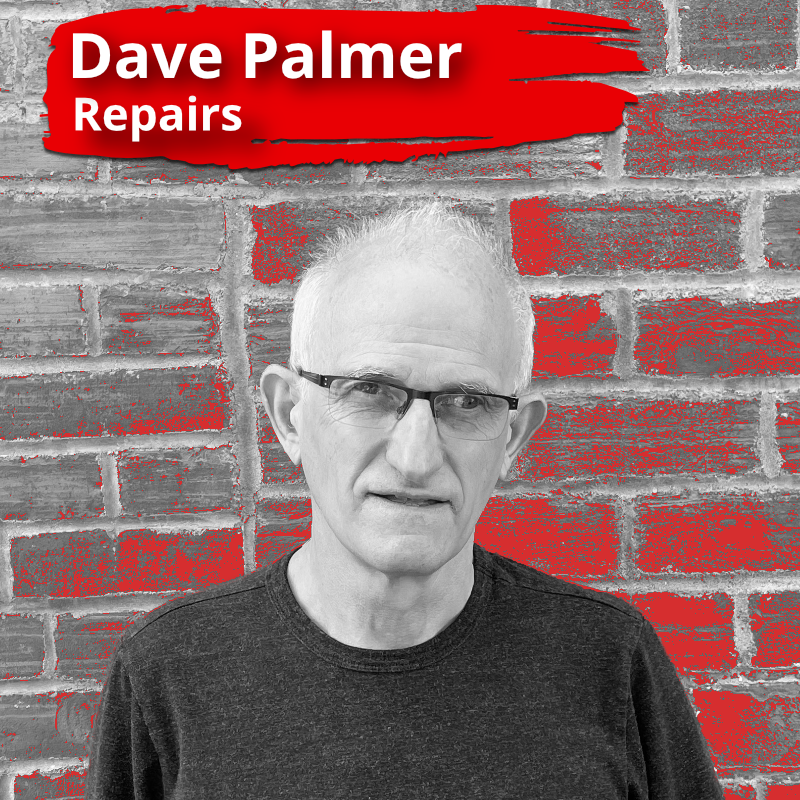 I have been Tony's Repair Technician since December 2003. I have been playing guitar since the mid sixties, and pedal steel guitar and dobro since 1976. I have toured every province in Canada, several States in the US, and in 1984 completed a tour of the UK. I retired from music as a full time occupation in 1984, and opened Palmer Precision Gunsmithing in Fredericton in 1985, eventually doing all facets of gunsmithing and rifle making.

Many of the skills I learned as a gunsmith have been invaluable in the work I do at Tony's. I derive great satisfaction from doing the finest work I am capable of on the instruments and amps entrusted to my care, in the hope that my work will further the customers enjoyment of their instruments. Tony's is also a warranty repair station for Fender Musical Instrument Corporation for instruments and amps, and is frequently entrusted with warranty repairs on other brands including Taylor Guitars. 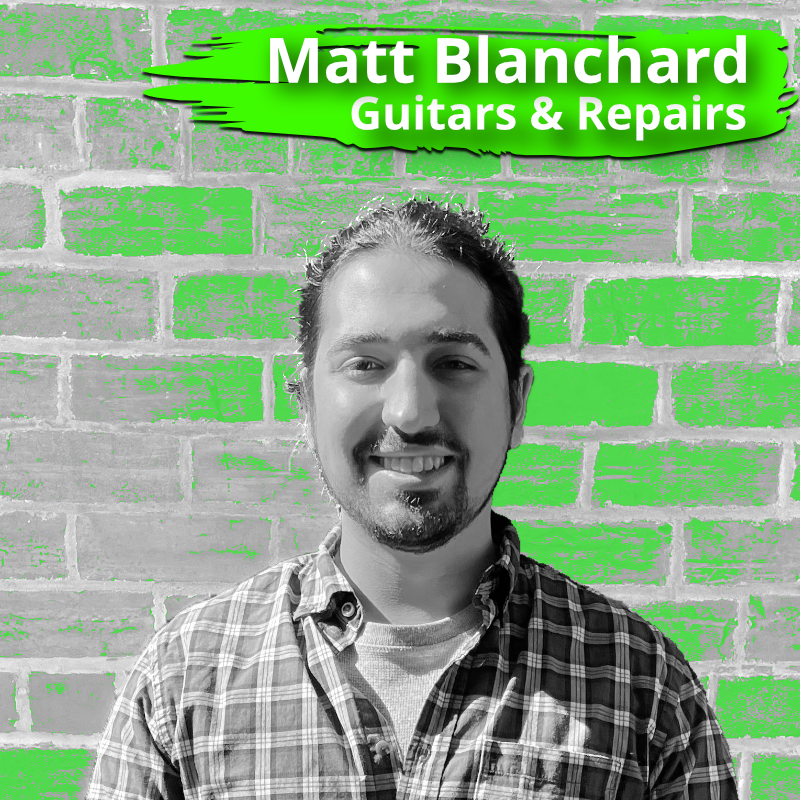 I began working at Tony’s in 2017, taking on graphic design work and guitar sales. In the years since I have transitioned to doing more work in our repair shop and learning guitar repair techniques from our shop tech Dave Palmer. I have had a passion for music since I was around 10 years old when I showed interest in learning the drums. After a few years of drum lessons with Karl Gans I began to learn bass & guitar. I am also fascinated by audio engineering and recording processes, and have built a small hobby studio to tinker around in. Outside of music I enjoy going for a long bike ride, a camping trip and cooking up a succulent meal. I love our customers and look forward to assisting you in any way I can! 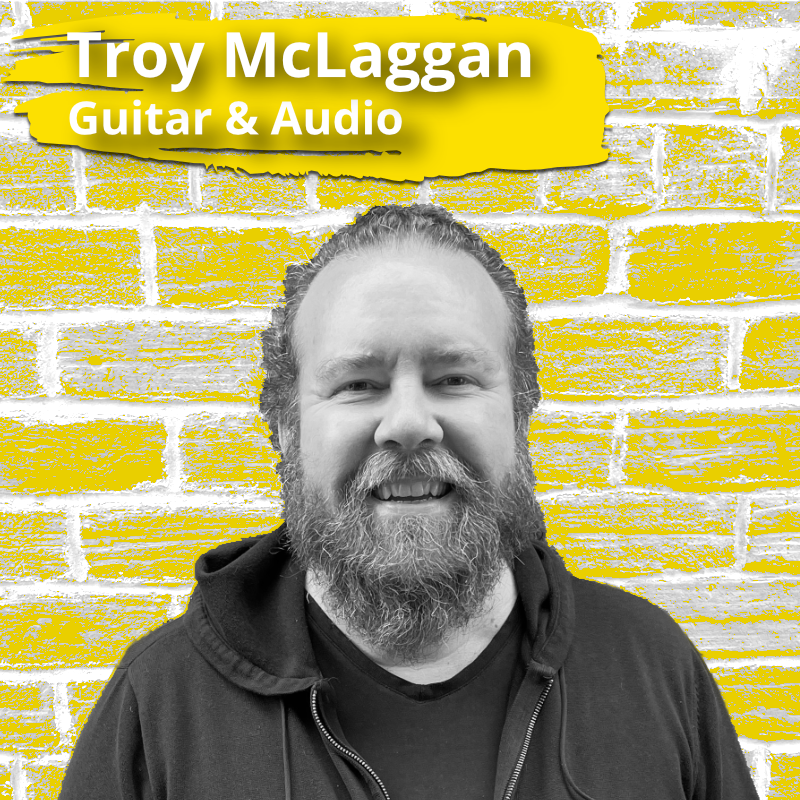 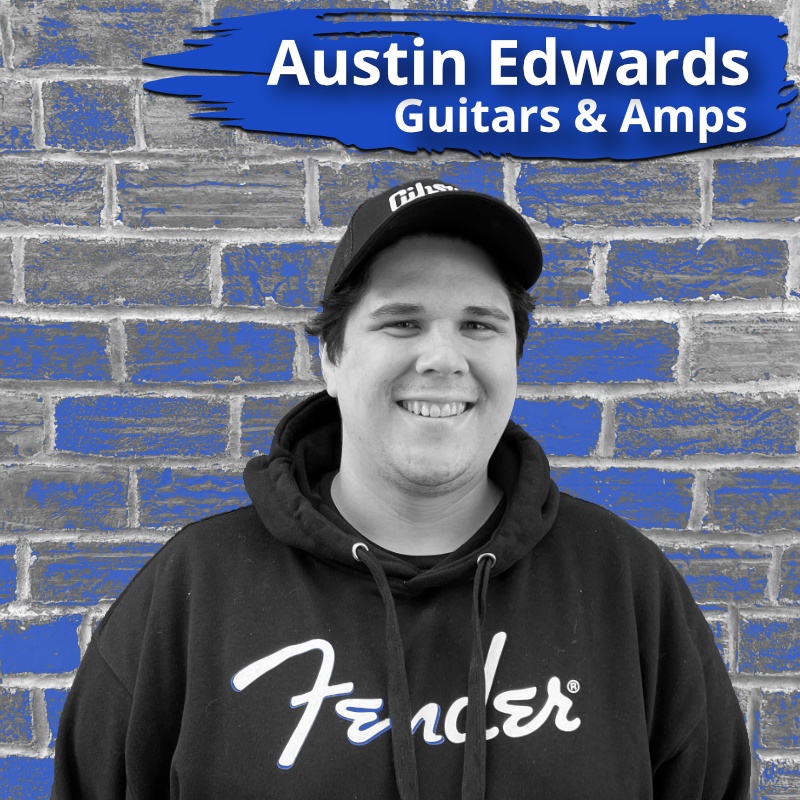 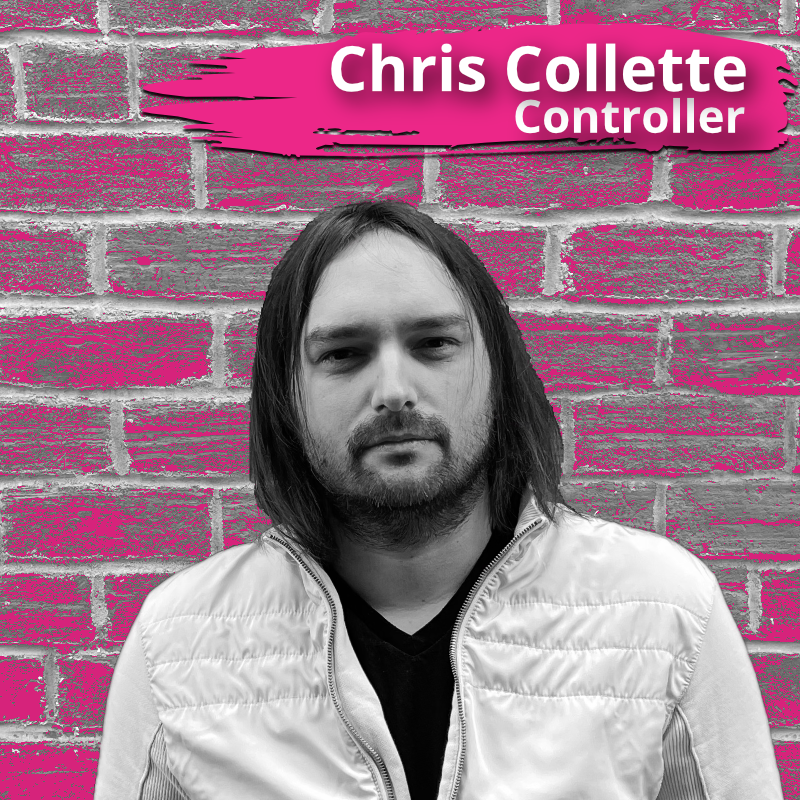